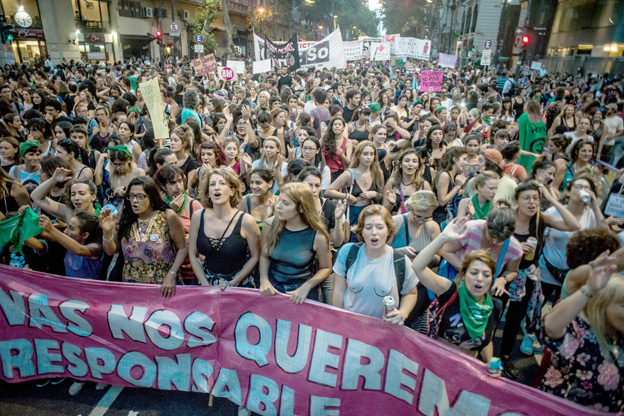 Yesterday, on International Women's Day, millions of women around the world took to the streets to draw attention to the drastic patriarchal abuses that still exist.
We stand in solidarity with these women in their struggle!

Bayer, too, still profits from the patriarchal system in which women's health is less important than men's health. BAYER still produces contraceptive pills like Yasmin, which can cause fatal thromboses. Mothers in England and around the world whose children were born with deformities from the hormonal pregnancy test Primodos are still waiting for compensation from the company. Glyphosate and other pesticides often cause miscarriages; when the child is born, it often has deformities, as women from heavily polluted areas in Argentina and Paraguay tell us.

In the spirit of the international feminist day of struggle, we call for BAYER to be stopped. Let's not let them get away with their PR lie of being a #women's rights oriented corporation. The next chance to do so: The BAYER Annual General Meeting on April 28th, 2022