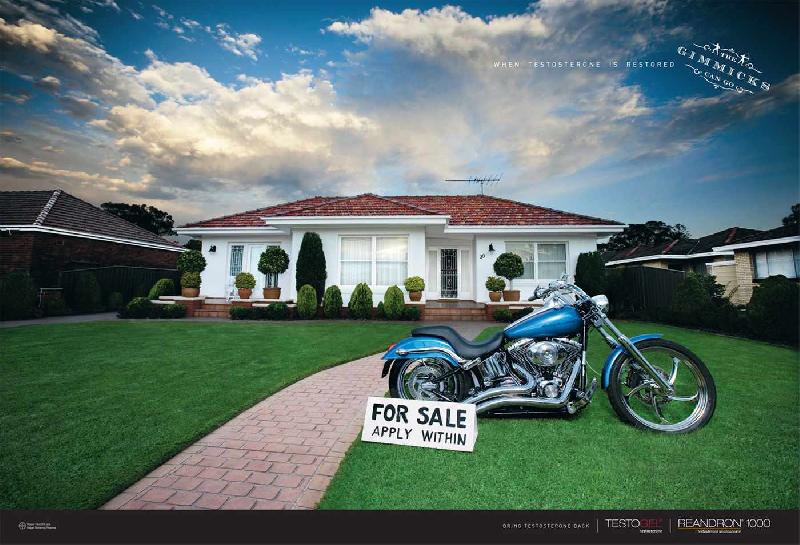 The Gimmicks can go: irresponsible BAYER ad in Australia

The Coalition against Bayer Dangers (CBG) is criticizing the marketing of testosterone supplements and is raising the issue at the upcoming BAYER shareholder meeting in Cologne, Germany.

To improve sales of products such as Nebido or Testogel, BAYER is seeking to create a new disease, the supposed “male menopause”. By advertising and hiring public relations (PR) agencies BAYER is seeking to persuade doctors and patients that there is a widespread testosterone deficiency which requires treatment. CGC Consulting, which was hired by BAYER, frankly described their task as “using PR to establish a new indication”.

BAYER claims that the so-called “andropause” not only results in apathy and erectile dysfunction, but also in hair loss, bone pain, muscle wasting, sleep disorders, irritability and emotional crisis. BAYER has developed several websites especially for the marketing of testosterone supplements (www.Nebido.com, www.Testosteron.de).

However, various studies prove that the arguments for the new “disease” are medically untenable and also increase health risks. In 2015, the German Society for Endocrinology emphasised that the male menopause is a myth: testosterone levels physiologically decline from the age of 40. Declining strength and psychological or social crises are normal during the course of life. Testosterone substitution can, by contrast, increase the risk of cardiovascular disease and promote the development of prostate cancer.

Philipp Mimkes from the Coalition against Bayer Dangers says: “Normal signs of aging should not be pathologised, especially not if the risks of treatment cannot be foreseen. Hormones should only be used in well-justified exceptional circumstances and not as lifestyle products.”

Dr. Jan Salzmann, a medical doctor, adds: “Disease creation, i.e. inventing diseases or extending the indications of drugs, is a lucrative business and has been done successfully for years - especially in areas of social taboos, such as psychiatric illnesses and sexual disorders. Those affected don’t like talking about it but often obtain information from the internet or from popular medical journals”. Dr. Salzmann will speak on the issue at the BAYER shareholder meeting on April 29.

Several studies show an increased risk of heart and other vascular problems (including stroke) associated with testosterone therapy. Men over 65, who have been diagnosed with heart disease, were twice as likely to experience a heart attack after 3 months of treatment compared to men who did not receive the supplement. Worse still, in men younger than 65 with a history of heart disease, the risk nearly tripled.

In 2014 a Food & Drug Administration (FDA) advisory committee concluded that there is little to no evidence that testosterone treatment would help with any known condition. In March 2015 the FDA issued a mandate warning drug companies marketing testosterone supplements to change the label or indications for approved use.