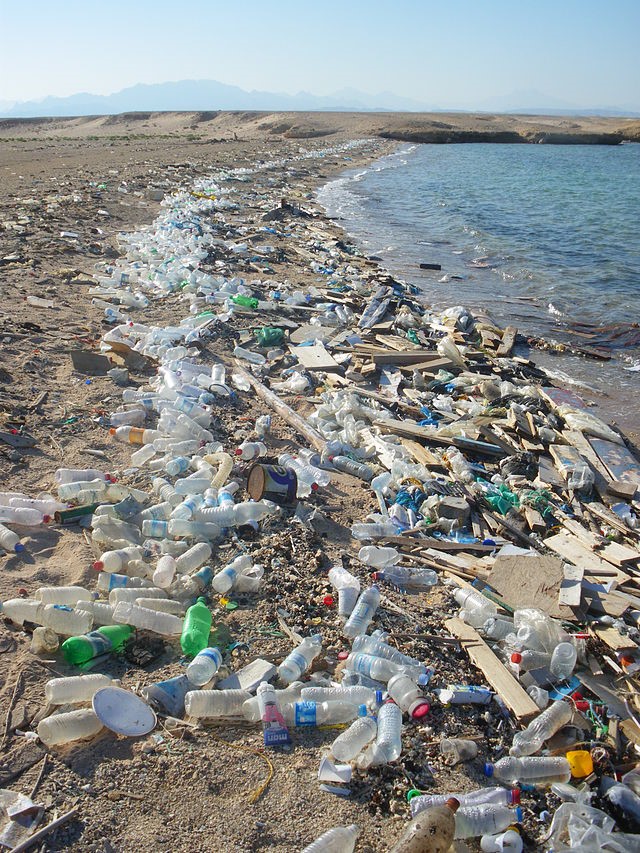 Huge amounts of plastic waste find their way into the oceans, with disastrous consequences for animals, humans and the environment. As one of the largest plastic producers, BAYER shares responsibility for this environmental crime. The Coalition against Bayer Dangers demands a ban on microplastics and has introduced a countermotion at the upcoming BAYER shareholder meeting.

Twenty million tons of plastic end up in the oceans every year. More than 5 trillion plastic fragments are already floating in the oceans. In the Pacific alone, there is a garbage patch covering 3.4 million square kilometres. In some places there is more plastic in the water than plankton. Because most plastics do not degrade, they endanger the environment for centuries.

This has fatal consequences for flora and fauna. Wind and waves are wearing the plastic down into small fragments, which are then consumed by microorganisms, fish and marine mammals. Seals, sea birds and dolphins die a miserable death. Through fishing the materials find their way into human food.

BAYER has its fair share in this disaster. The company is one of the world's largest plastic manufacturers. In TDI alone its market share is around 25 percent. In polycarbonates BAYER is the largest European producer. A particularly irresponsible product on the part of BAYER is microplastic sold under the trademark BAYCUSAN which is used in cosmetics, detergents and shower gel. Previously, crushed fruit seeds which degrade naturally were used instead.

The Coalition against Bayer Dangers demands a ban on microplastics and has introduced a countermotion to the upcoming Bayer shareholder meeting. Philipp Mimkes from the Coalition´s board says: “The BAYER Board of Management has instigated no measures to halt the pollution of the oceans with plastic waste. On the contrary: constantly increasing production volumes further exacerbate the problem. Therefore, the actions of the members of the Board of Management are not to be ratified.” Mimkes demands that plastics must be replaced by biodegradable materials as far as possible. Also, the manufacturers of plastic products should be obliged to disclose all the constituent components and all toxicological data.

BAYER offers BAYCUSAN for haircare products, suntan lotion, skin creams and mascara. The material Polyurethane-32, for instance, is intended to make cleansing masks easier to peel off. Polyurethane-34 promises "excellent curl retention" and "high gloss", according to BAYER, while Polyurethane-35, gives cosmetics a "natural feel". However, waste water treatment plants are not able to prevent the particles from getting into the rivers and seas. Microplastics have already been identified in beer, milk, mineral water and honey. The German “Alfred Wegener Institute” examined the treated water from twelve treatment plants in northern Germany and found up to 700 plastic fragments per cubic meter.

In the sea, the toxic effects of microplastic increase even further. With their water-resistant and fat-soluble surfaces, the particles capture toxic substances such as polychlorinated biphenyls (PCB), pesticides, drug residues, mercury, lead and chromium. Ecotoxicologists are therefore warning that microplastics represent a danger for human beings.