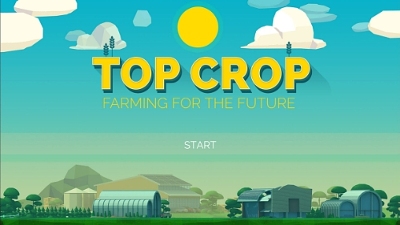 Update Nov 5: we received the following message: "Thank you very much for your recent letter to Gary Knell, President & CEO of NGS. We have shared your comments with the team, and appreciate your taking the time to reach out to us." No answer to our request to stop the cooperation.

Last week National Geographic and BAYER CropScience announced the launch of their online game “Top Crop: Farming for the Future”. Melina Bellows, National Geographic Chief Education Officer, said that “the game is a great example of how we can teach kids about the challenges and solutions farmers face in the real world”.

The Coalition against BAYER Dangers, which has been monitoring BAYER for more than 35 years, disagrees with this move. In our opinion National Geographic should be discussing the responsibility of multinational corporations for environmental problems, especially in the field of agriculture. By helping BAYER to greenwash their image you threaten the mission and integrity of the National Geographic Society.

BAYER has started dozens of partnerships with medical, environmental or educational organizations, especially in fields where the company is under fire. BAYER has been abusing these partnerships to deflect criticism from watchdog groups or the media. BAYER seeks to exploit the good image of their partners in order to present a humanitarian corporate image, without changing its real-world behavior.

Some examples of BAYER giving precedence to profits over a healthy environment include:

=> With a global market share of 20 % BAYER is the second largest pesticide manufacturer. The World Health Organisation (WHO) estimates that up to 20 million cases of pesticide poisoning occur annually, of which up to 200,000 cases end in death. BAYER broke their promise to withdraw all pesticides classified by the WHO as “extremely hazardous” by the year 2000. Many lives could have been saved by such a step. The company also regularly breaches the FAO Code of Conduct on Pesticide Management.

=> BAYER managers have known the risks which neonicotinoid pesticides create for the environment since the early 1990s. However, the company downplayed the hazards, submitted deficient studies to authorities and ignored the decline of honey bees and other pollinators in many parts of the world.

=> BAYER is a major supplier of genetically modified (GM) seeds. Contrary to the company´s claims GM crops do not help to solve the world´s hunger problem. About 80 percent of GM crops are used as animal feed. Genetically engineered plants are neither drought-resistant nor more high-yielding. Their cultivation on ever larger areas is pushing back the production of food crops, making it more difficult to feed local populations.

=> Glufosinate, a herbicide supplied in combination with GM soy, cotton and maize, can cause deformities in foetuses and is classified as a reproductive toxin. The substance must be withdrawn from sale in Europe by 2017. This has not prevented BAYER from significantly increasing glufosinate production in the US.

=> BAYER contributed several million dollars to campaigns which defeated initiatives to have GM food products labelled. This is a classic example of double standards: in Europe it goes without saying that genetically modified ingredients have to be labelled.

=> BAYER has fought, through its lobbyists, against most agreements on environmental issues, be it the Kyoto Protocol for the protection of the climate, EU laws on chemicals, the phasing out of CFCs or efforts to reduce the use of pesticides.

=> BAYER still produces a large number of highly dangerous substances such as plasticisers, Bisphenol A and phosgene. In the past the company was even engaged in the production of PCBs, poison gas and HIV-tainted blood clotting medication.

The Coalition against BAYER Dangers has documented hundreds of cases when BAYER´s products or factories have harmed people or the environment. The company has only stopped the production of hazardous products when pressured to do so by the public.

We fear that by entering a partnership with this corporation National Geographic will be less open to discuss the downsides of the BAYER business. We therefore urge you to halt this cooperation and to engage with all parties to find out more about the company and its activities.

We look forward to hearing from you,