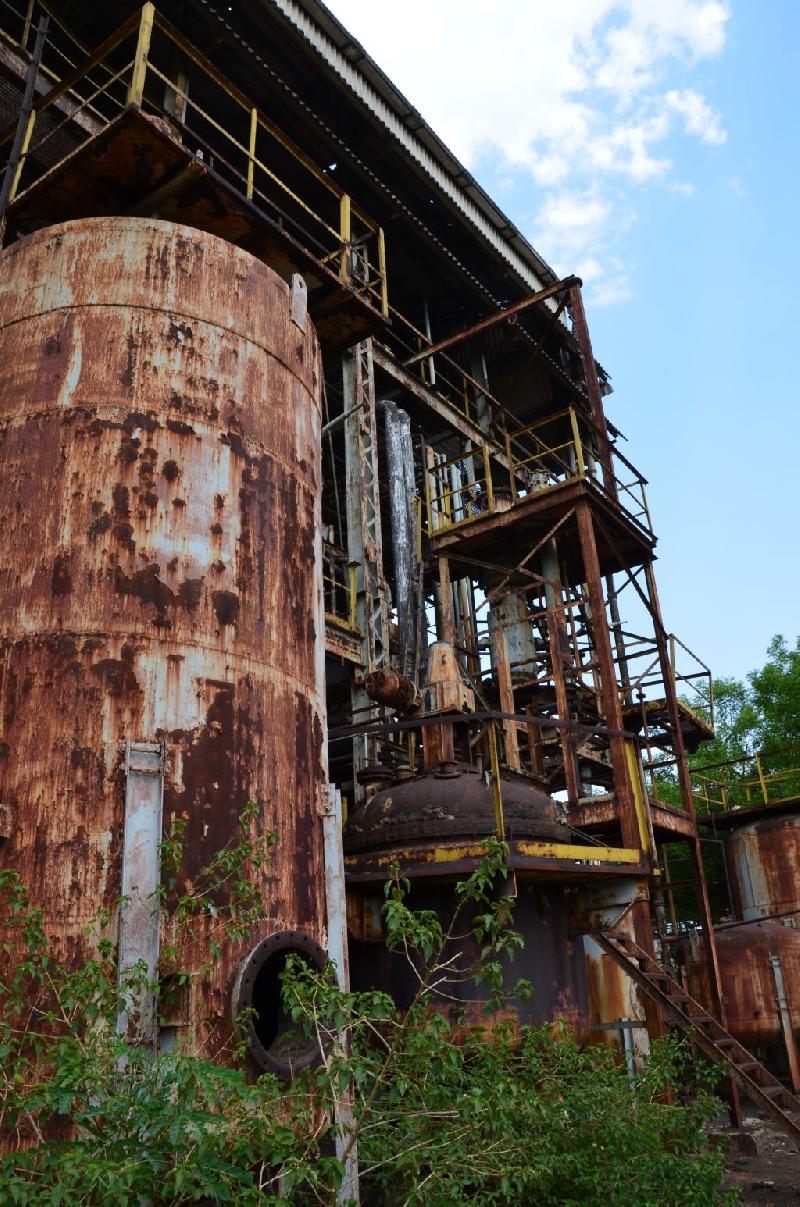 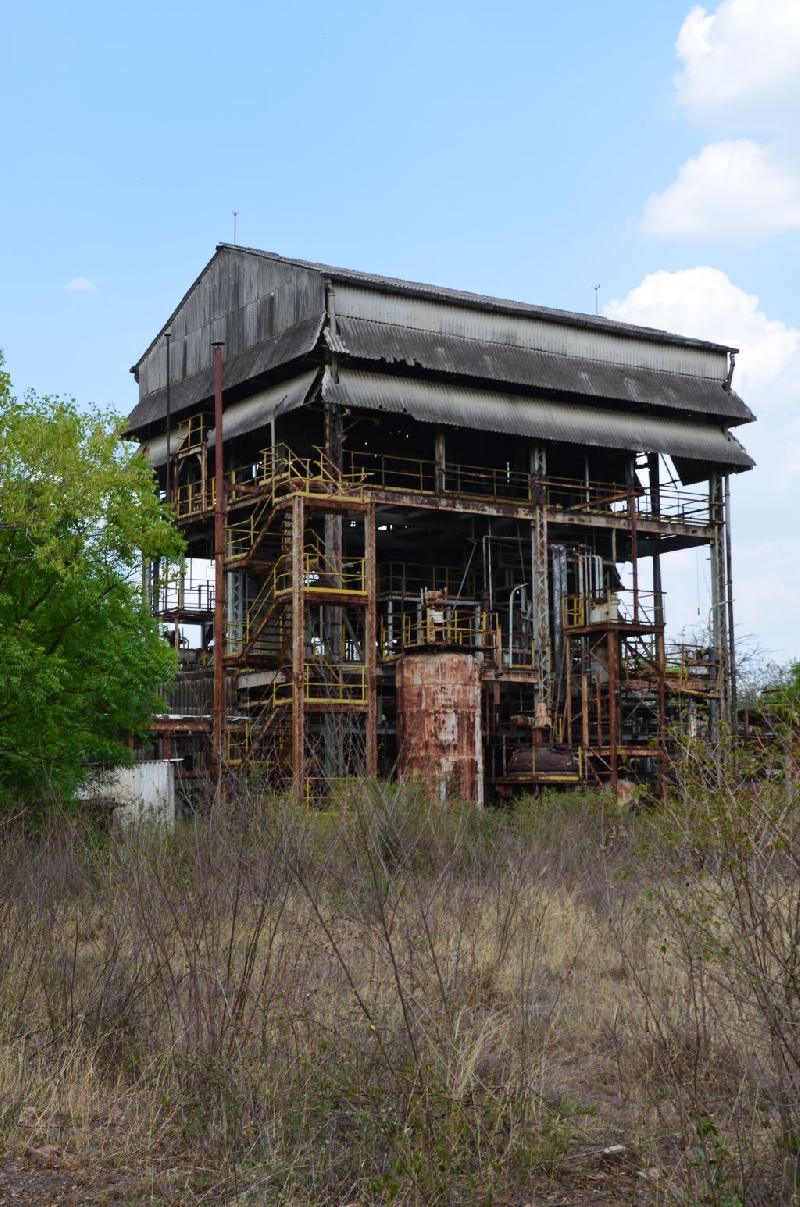 „It is getting worse and worse“

Thirty years ago today around 30 tons of methyl isocyanate (MIC) exploded in a pesticide factory owned by Union Carbide, forming a gas cloud over the adjacent slums of Bhopal/India. The „night of the massacre“ cost 8,000 lives. The disaster is still claiming victims because the site has never been cleaned up. Anabel Schnura from the German Coalition against BAYER Dangers completed a three months internship at a clinic in Bhopal and describes the current situation.

Where exactly did you work?
Anabel Schnura: In Bhopal, at the “Sambhavna Trust Clinic” where the victims of Union Carbide are treated. In addition to caring for local people it is also fighting to bring those responsible to justice.

Is the clinic only for the Bhopal victims?
Yes, 29,000 victims are registered there.

Are new ones still being registered?
Yes, because the toxins have accumulated in the genes and contaminated the groundwater. Today it is the following generations with the problems: mainly respiratory illnesses, lung disease, but also cases of cancer and blindness.

What did your work consist of?
We worked together with the Health Workers. They go into the surrounding communities and slums to educate those residents who are unable to come to the clinic. One of the things they warn them about is not to drink the water, visualising what could happen if they do: skin rashes and other symptoms.

There have never been attempts to decontaminate the soil and clean up the whole site?
No, it looks exactly the same as the night of the disaster 30 years ago. Nothing has been cleaned up, it is still cluttered with chloroform bottles, directly next to the slums. Last May there were elections and no one was allowed to enter the site, because people are still discussing what should happen with it.

And Union Carbide has done nothing either?
The corporation made small compensation payments, but did not take any real action. In 2001 Union Carbide was sold. Now it is owned by Dow Chemical and they are saying “It's got nothing to do with us.” That is why the chemicals are still seeping into the groundwater, causing contamination. The people are drinking it, because hardly anyone has water tanks. They use it for washing themselves, washing their food, everything.

Then it is a never ending story...
Yes, during the night and the aftermath about 20,000 people died, and the number affected has now risen to 100,000. In 2007 two scientists have carried out a study to test the extent of the contamination of the soil and groundwater. We continued this with a simple copper wire test to see whether something is contaminated or not, although it does not show the extent of it. It is clear that the area directly around the site is contaminated, but now we should test to what extent the contaminated area has increased.

Then why are residents not relocated to another area at the least, if the site cannot be cleaned up?
Bhopal has 1.8 million inhabitants. With so many people living in such a small area, they cannot be resettled just like that. Bhopal is separated by lakes into an old town and a new town. The explosion happened in the old town, where the slums are. The people living there cannot afford to move away. The people from the other side, however, claim that it is none of their business. They dare not go to the side where the explosion happened because of higher crime rates and poverty, while on their side everything is built new and made to look nice.

Is the factory really right in the middle?
Yes, we lived 500 metres as the crow flies from the old factory site and we also visited it. It is just a big ruin surrounded by a fence full of holes. In the immediate vicinity of the fence people live in tin shacks. They are also growing vegetables there, which are then of course also contaminated. Many people are very ignorant. We met an older man who lived on the other side of Bhopal, but was interested in politics and knew the history of Bhopal. But everyday he still swam in the contaminated lake, whereas we said: “Oh my god, we would never do that!” At some level all of them try to ignore it a bit and even catch fish in there. Once we ate the fish and went to see a doctor who gave us a proper telling off for eating that fish!

Are there no political parties pledging to take action if they come to power?
Well, some do, but they are very small. The wife of the clinic's director is in the Aam Aadmi Party, the “Party of the Ordinary People”, which is campaigning for a clean up of the site.

When a political party in Bhopal claims it finally wants something to be done about this, one would think that people will vote for them.
The people in the slums are very uneducated, while the educated people on the other side are turning a blind eye and say: “It is none of our business, we live here where it is safe.” And then Modi comes along and tells the peasants: “I will bring you electricity and water.” And they believe it. He is on TV, he is everywhere and he has great posters. Why should I vote for this little woman with a broom in her hand claiming to fight for our rights, when someone from the other side with money is claiming to bring us electricity and water.

Will the 30th anniversary bring any changes to the situation?
The clinic is planning a major campaign, in the hope that something will happen at long last. But no one knows if anything will change. It will not least depend on to what extent the authorities will allow any political actions.

Five years ago on the occasion of the 25th anniversary the Bhopal Initiative staged a major tour. Its stations included the Bayer factory in Leverkusen, Germany and Union Carbide's former production site in Institute, USA which was at the time Bhopal's sister factory. An explosion in 2008 nearly led to a similar catastrophe.
Yes, they have done several tours already, one of them through the USA.