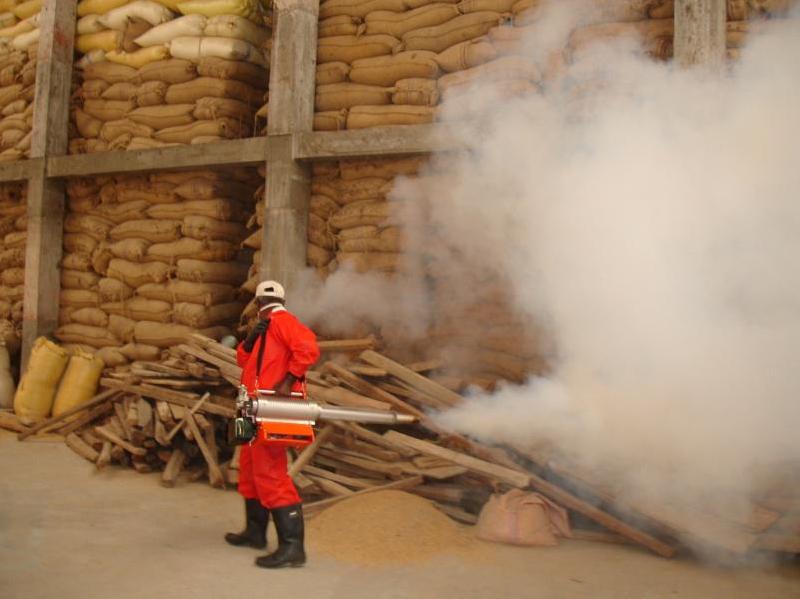 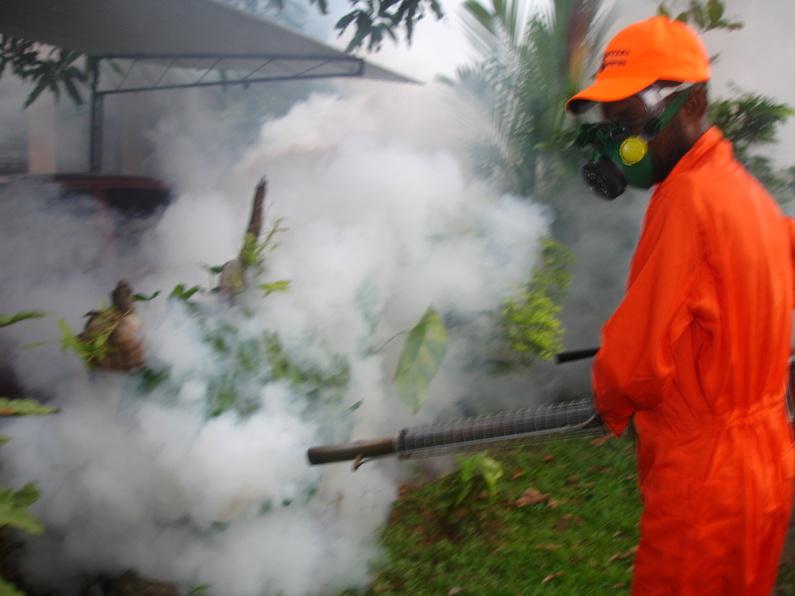 the following account of a poisoning with the Bayer pesticide Deltacide has reached us from Sri Lanka:

A SELF INFLICTED CASE OF PESTICIDE POISONING

I am an Agricultural Pesticides Chemist with more than 44 years of experience with the subject. During my tenure, I happened to work with Pesticides containing Organo chlorine compounds like DDT, extremely hazardous organophosphate compounds like Ethyle Parathion, and highly toxic Carbamate compounds like Carbofuran. But, I never faced any major accident since I took appropriate precautionary measures while handling these hazardous materials.

The story that I am going to unveil is a sad episode of me being a victim of circumstances after exposure to a space spray concentrate containing two synthetic pyrethroid insecticides combined with a synergist known as Piperonyl butoxide.

I believe that a brief resume of my professional background would be appropriate at this juncture in order to enable the reader to adjudge the true position due to the complexity of the problem. Was there an actual negligence perpetrated by any party to the whole process. If so, who are they? Is it the distributor of the product or the professional end user?

I hold a Masters degree in Agriculture having specialized in Plant Protection. I worked as an Experimental officer on testing and evaluation of Herbicides for a brief period of two years after graduation. Subsequently I joined a semi governmental Institution as a Product Development officer in charge of a Pesticides formulation and distribution department. I followed a 6 week Pesticides formulation programme conducted by the Leipzig University in the year 1980. I also attended the expert group meeting held in Bangkok, jointly organized by the Agricultural Requisites scheme for Asia and Pacific and the Economic and Social Commission for Asia and Pacific (ESCAP). I also worked as the Plant protection adviser to CIBA GEIGY (Swiss-multinational Pesticides Company) in Srilanka.

After retirement from service, I registered my own Pest Control Service Company named “X CHEMIE PEST CONTROL SERVICES” in Srilanka. During the last three years I initiated a new project in order to develop a new methodology for storage pests of paddy for which I used a formulation under the Trade name “DELTACIDE,” a product of Bayer Germany.

DELTACIDE: This is an Insecticide containing two synthethic pyrethroids which are moderately or less hazardous, used in the formulation, in addition to a synergist called Pyperonyl Butoxide which is used to enhance the activity and quick knock down effect of the product. Pyperonyl butoxide (PBO) is frequently used in aerosol products or space spray formulations (Fogging ) to increase the potency of synthetic pyrethroids. PBO causes a range of short term and long term effects including cancer, adverse impacts on liver functions and nervous and respiratory systems. (Beyond Pesticides/NCA MP fact sheets)

PBO also weakens the immune system by inhibiting lymphocyte response. Lymphocytes are a class of white blood cells which consumes potentially dangerous pathogens. Inhibition of lymphocyte response weakens the body’s ability to defend against foreign invaders. Furthermore, by preventing the breakdown of toxic chemicals PBO increases the damage they can do to the body.
DELTACIDE insecticide is a space spray formulation which is generally used as an aerosol or as a fog.

The standard method of controlling storage insect pests of Rice is by using water based formulations of Actelic or wettable powders such as Residex (Deltamethrin): This method of insecticide formulations dissolved in water were used to spray the ware houses where paddy is staged in gunny bags or polypropylene bags. The most undesirable side effects of this method is that the emusifiable concentrate wets the gunny bags there by increasing the danger of wetting the kernel of the seed. As an alternate method I introduced the space spray concentrate in the form of a fog to control the storage pests. This method is now used successfully by most of the leading Rice mill owners in Srilanka.

Denghi epidemic fewer is a fast spreading deadly disease that has opened the eyes of the local health authorities to implement appropriate precautionary methods in combating the menace. One such method has been the use of space spray insecticide concentrates (fogging mosquito breeding areas ).

There were a number of welfare organizations that requested our services for such operations. We successfully controlled the mosquito menace using the Deltacide fog. In one such operation owner of the household premises informed me that two rabbits grown as domestic pets died 24 hours after fogging. The owner simply has forgotten to keep the pets under separate enclosure during the fogging operation. This single incident became a matter of concern during subsequent operations.

In all the above operations that were carried out continuously for a period of two years, my presence was considered essential as the Registrar of Pesticides in granting the approval for “DELTACIDE” has indicated that all operations must be carried out under the personal supervision of the consultant Ranjith Ranadheera in his letter of approval to the party concerned. Whenever possible I used to change the spray operator, but my presence was considered essential as I was engaged in pre- and post- application monitoring of the insect mortality statistics, and also to supervise the rate of movement of the operator.

After two years of my involvement in this fogging project, I fell ill and was treated initially for bronchial asthma by our local family doctor. Since there was no response to the treatment I was admitted to Asiri hospital under consultant chest physician Dr Amitha Fernando who finally recommended a CT Scan which revealed the presence of unclear patches in the lungs, which the doctors believe it to be due to the occupational exposure.

As a professional I thought it is my incumbent duty to report my findings to the Registrar of Pesticides. Registrar invited me to present my case with a power point media presentation at the National Poison Centre of the General Hospital Colombo, in the presence of WHO representative Dr. Mehtha. My presentation was highly commended and appraised by the organizers of the National Poison Prevention Week 2013 on the 23rd October 2013.

I am now 72 years old but, and yet very active and walked 6.0 to7.0 km a day. In addition, to my Research and Development work related to Pesticides which I considered as my bread and butter. I happened to spend more than half of my active life span in conducting in house testing and evaluations of various Pesticides products. Today I am a sick person suffering from a lung disease with pleural thickening and fibroid lung condition which I believe is caused by the continuous exposure to Delatacide containing Piperonyl butoxide which according to scientist Bill Chamedes is “The Trojan Horse” of Pesticides.

I have committed and dedicated myself in my entirety of the professional career for the cause of scientific adventure in the field of testing and evaluation, and promoting product development work related to Pesticides at the risk of my life. While others have become beneficiaries, of my sweat and labour, most unfortunately, I myself became the victim of my own work suffering from an incurable lung disease hitherto described in the earlier paragraphs. Hence, I fail to understand how they have discarded me instead of appreciating after having benefited from my work. Ranjith Ranadheera