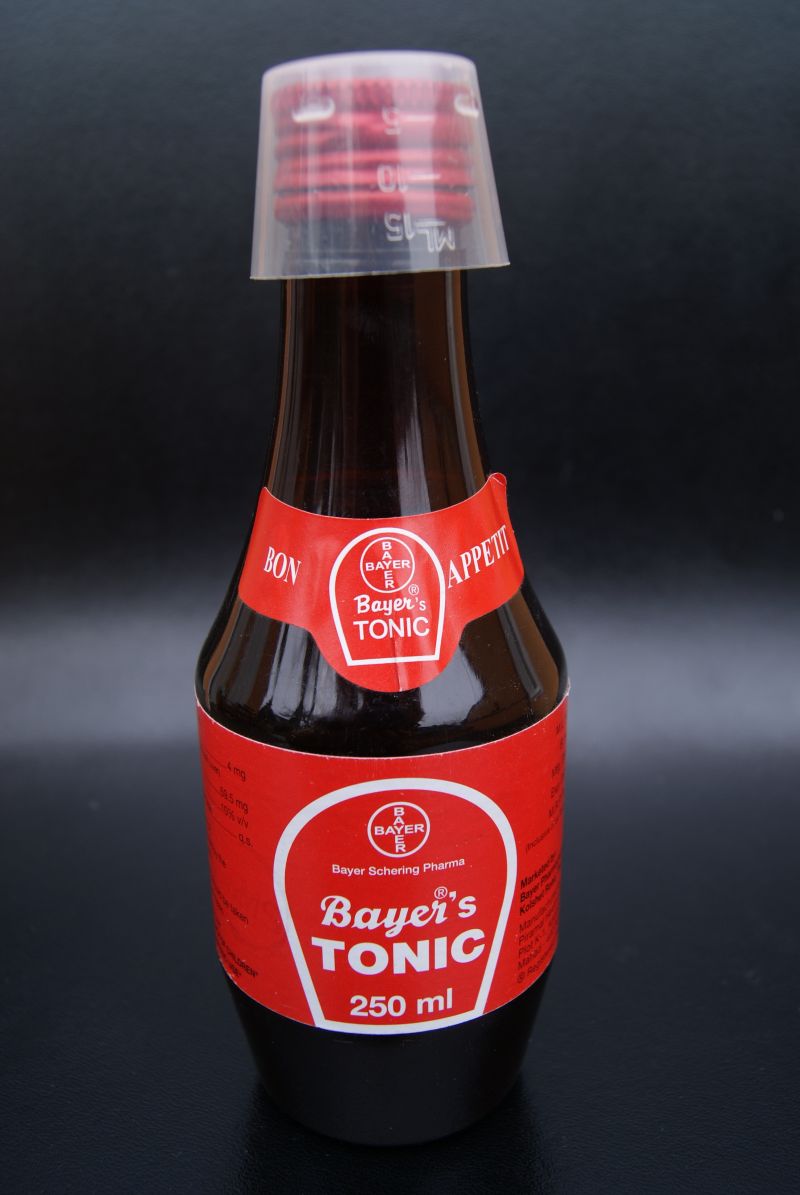 The company BAYER continues to sell its disputed strengthener “Bayers Tonic in India. This has been proven by test purchases conducted by the Coalition against Bayer Dangers. The tonic contains a mixture of liver fraction, yeast extract, flavoured syrup and 10% alcohol.

Jan Pehrke of the Coalitions board declares: “A useless and expensive medicine like “Bayers Tonic is no good for anybodys health – on the contrary. This alleged quality product from Germany only makes Indian patients poorer. Once again it is proven that the pharmaceutical industry cannot resist selling pharmaceutical rubbish. In particular, Pehrke blames the label on the product saying “Bon Appétit which plays down the dangers implied (see photo).

“Bayers Tonic has been advertised for many years as a special tonic for children in spite of its high proportion of alcohol. BAYER has broken its promise to sell the preparation without alcohol. Protests of health groups have at least had the effect that the package now carries a small warning: “Not for Paediatric Use. This label can of course not reach any illiterate patients.

Due to decades of advertising many Indian chemists are still recommending “Bayer´s Tonic for children. “At Bangalore, a chemist suggested buying this medicine even after being asked if we could really give it to our children. This is very alarming, said Dr. Christiane Fischer of the BUKO Pharma Campaign. Particularly undernourished children taking this medicine regularly run the risk of liver cirrhosis.

In southern countries people often cannot afford to visit a doctor. The pharmaceutical industry therefore offers medicines covering a wide-range of ailments, without being specific. Advertisements are persuading parents to give these expensive preparations to their children. At the same time useful medical treatment and buying fruits or vegetables do not happen. The cost of 83,65 Rupees (approx. 1,20 ) for one bottle of “Bayers Tonic would be sufficient for an Indian family to live on healthy food for at least one day.