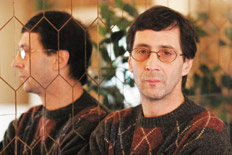 The pharmaceutical company BAYER has been ordered to pay 968,000 pesos (about US $206,000) to a victim of the cholesterol-lowering drug Lipobay/Baycol in Argentina. The claimant, Flavio Rein, suffered irreparable muscular damage, visual disturbances and damage to the kidneys after taking the drug for only one month.

All in all, the trial stretched out over nine years. The appeal court in Buenos Aires (Cámara Nacional de Apelaciones en lo Civil) found in August 2012 that BAYER had provided neither doctors nor patients with appropriate information about the risks of the drug, confirming a judgment from the previous year (the complete text of the judgment can be found here). The judgment became effective last week.

According to Argentinian media, this is only the second time worldwide that the company has been prosecuted in connection with Lipobay/Baycol. In the US, where numerous deaths have occurred, there have been no conclusive rulings at all so far. However, the US Supreme Court has accepted a class action against BAYER last year. BAYER has paid more than 1,000,000,000 US $ in settlements with Lipobay victims. However, these settlements did not acknowledge BAYERs responsibility.

Philipp Mimkes from the Coalition against BAYER-Dangers said “The decision against BAYER was overdue. Company-internal documents show that the responsible managers tacitly accepted severe damage to the health of patients, even ignoring warnings from their own scientists. The conviction is of great satisfaction to all people who have been damaged.

Patricia Venegas, Flavio Reins lawyer and professor of law at Buenos Aires University, says “Bayer intended to stop the sentence in the last moment by offering money, but this was 14 years too late. Flavio Rein had the courage to say no to Bayer.

Flavio Rein was prescribed Lipobay in 1998 due to a slightly raised cholesterol level. Rein, who was completely fit apart from that, and used to exercise daily, was unable to walk for five months due to muscular damage. He is severely physically disabled today and has vision of only 30% in one eye.

We would be pleased to put you in contact with Flavio Rein (speaks Spanish) and his lawyer (Spanish and English).