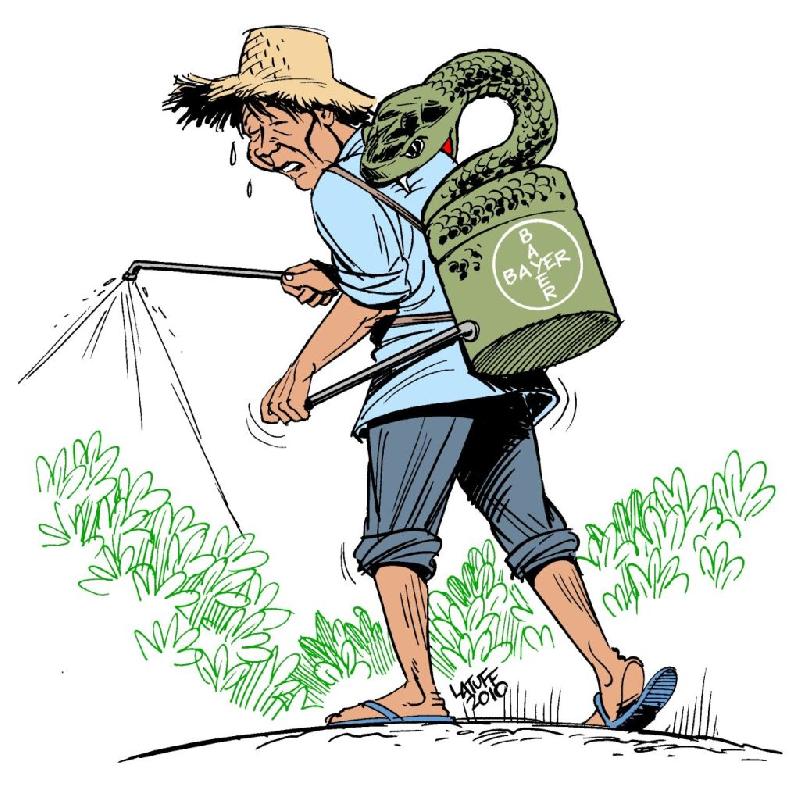 Bayer CropScience yesterday announced that it will withdraw its most deadly pesticides. By the end of 2012 all remaining WHO class I products will be phased out.

Philipp Mimkes from the Coalition against BAYER Dangers comments: “This is an important success for environmental organizations from all over the world who have fought against these deadly pesticides for decades. But we must not forget that Bayer broke their original promise to withdraw all class I products by the year 2000. Many lives could have been saved. It is embarrassing that the company only stopped sales because the profit margins of these chemical time bombs have fallen so much.

“We welcome this long overdue move from Bayer. We have ample evidence from the ground to prove that we don't need hazardous pesticides in our farming. NPM (Non pesticidal management) of crops is fast-spreading in different parts of India and data shows that the incomes of farmers improve when they eliminate pesticides from their agriculture", adds Kavitha Kuruganti, National Convener of Alliance for Sustainable & Holistic Agriculture (ASHA), a nationwide network of more than 400 organizations in India.

Bayer has a world market share in pesticides of 20%. The WHO estimates the number of people who are poisoned by pesticides at three to 25 million per year. At least 40,000 people are killed accidentally by pesticides and the estimated number of unreported cases is much higher. Bayer products contribute enormously to the millions of poisonings each year.

Already in its 1995 Annual Report the company had promised to “replace products with the Classification 1 of the World Health Organisation with products of lower toxicity within five years. However, the company failed to keep its promise. Bayer still sells products that contain active ingredients in WHO Class 1a (extremely hazardous) and 1b (highly hazardous), including Thiodicarb, Fenamiphos, Aldicarb and Ethoprophos.

The Coalition against Bayer Dangers also demands an immediate ban on the herbicide glufosinate and a suspension of all approvals of glufosinate-resistant crops. A European Food Safety Authority evaluation states that glufosinate poses a high risk to mammals. The substance is classified as reprotoxic, with laboratory experiments showing premature birth, intra-uterine death and abortions in rats. The European Parliament voted to ban pesticides classified as carcinogenic, mutagenic or toxic to reproduction. Permits for 22 substances, among them glufosinate, will not be renewed.