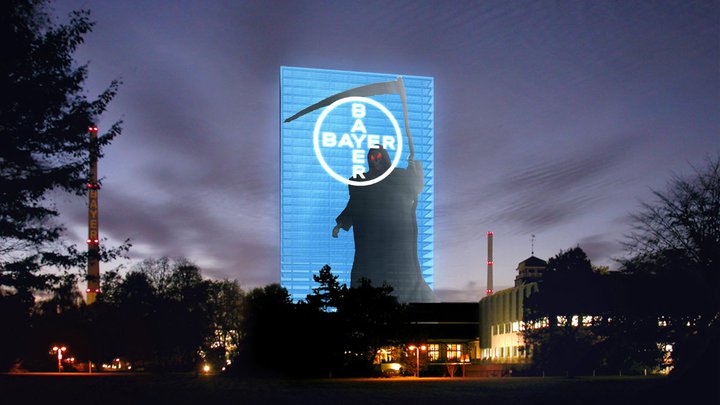 Beekeepers and environmentalists called on the U.S. Environmental Agency (EPA) December 8, to remove a pesticide linked to Colony Collapse Disorder (CCD), citing a leaked EPA memo that discloses a critically flawed scientific support study. The November 2nd memo identifies a core study underpinning the registration of the insecticide clothianidin as unsound after EPA quietly re-evaluated the pesticide just as it was getting ready to allow a further expansion of its use. Clothianidin (product name “Poncho) has been widely used as a seed treatment on many of the countrys major crops for eight growing seasons under a “conditional registration granted while EPA waited for Bayer Crop Science, the pesticides maker, to conduct a field study assessing the insecticides threat to bee colony health.

Bayers field study was the contingency on which clothianidins conditional registration was granted in 2003. As such, the groups are calling for an immediate stop-use order on the pesticide while the science is redone, and redesigned in partnership with practicing beekeepers. They claim that the initial field study guidelines, which the Bayer study failed to satisfy, were insufficiently rigorous to test whether or not clothianidin contributes to CCD in a real-world scenario: the field test evaluated the wrong crop, over an insufficient time period and with inadequate controls.

According to beekeeper Jeff Anderson, who has testified before EPA on the topic, “The Bayer study is fatally flawed. It was an open field study with control and test plots of about 2 acres each. Bees typically forage at least 2 miles out from the hive, so it is likely they didnt ingest much of the treated crops. And corn, not canola, is the major pollen-producing crop that bees rely on for winter nutrition. This is a critical point because we see hive losses mainly after over-wintering, so there is something going on in these winter cycles. Its as if they designed the study to avoid seeing clothianidins effects on hive health.

Clothianidin is of the neonicotinoid family of systemic pesticides, which are taken up by a plants vascular system and expressed through pollen, nectar and gutation droplets from which bees then forage and drink. Scientists are concerned about the mix and cumulative effects of the multiple pesticides bees are exposed to in these ways. Neonicotinoids are of particular concern because they have cumulative, sublethal effects on insect pollinators that correspond to CCD symptoms – namely, neurobehavioral and immune system disruptions.

According to James Frazier, PhD., professor of entomology at Penn States College of Agricultural Sciences, “Among the neonicotinoids, clothianidin is among those most toxic for honey bees; and this combined with its systemic movement in plants has produced a troubling mix of scientific results pointing to its potential risk for honey bees through current agricultural practices. Our own research indicates that systemic pesticides occur in pollen and nectar in much greater quantities than has been previously thought, and that interactions among pesticides occurs often and should be of wide concern. Dr. Frazier said that the most prudent course of action would be to take the pesticide off the market while the flawed study is being redone.

Clothianidin has been on the market since 2003. With a soil half-life of up to 19 years in heavy soils, and over a year in the lightest of soils, commercial beekeepers are concerned that even an immediate stop-use of clothianidin wont save their livelihoods or hives in time.

“We are losing more than a third of our colonies each winter; but beekeepers are a stubborn, industrious bunch. We split hives, rebound as much as we can each summer, and then just take it on the chin – eat our losses. So even these big loss numbers understate the problem, says 50-year beekeeper, David Hackenberg. “What folks need to understand is that the beekeeping industry, which is responsible for a third of the food we all eat, is at a critical threshold for economic reasons and reasons to do with bee population dynamics. Our bees are living for 30 days instead of 42, nursing bees are having to forage because there arent enough foragers and at a certain point a colony just doesnt have the critical mass to keep going. The bees are at that point, and we are at that point. We are losing our livelihoods at a time when there just isnt other work. Another winter of more studies are needed so Bayer can keep their blockbuster products on the market and EPA can avoid a difficult decision, is unacceptable.

Citing the imminent economic and environmental hazards posed by the continued use of clothianidin, the National Honey Bee Advisory Board, Beekeeping Federation, Beyond Pesticides, Pesticide Action Network, North America and Center for Biological Diversity are asking EPA administrator Lisa Jackson to exercise the Agencys emergency powers to take the pesticide off the market.
“The environment has become the experiment and all of us – not just bees and beekeepers – have become the experimental subjects, said Tom Theobald, a 35-year beekeeper. “In an apparent rush to get products to the market, chemicals have been routinely granted “conditional registrations. Of 94 pesticide active ingredients released since 1997, 70% have been given conditional registrations, with unanswered questions of unknown magnitude. In the case of clothianidin those questions were huge. The EPAs basic charge is “the prevention of unreasonable risk to man and the environment and these practices hardly satisfy that obligation. We must do better, there is too much at stake.

Letter to the EPA

Dear Administrator Jackson:
In light of new revelations by your agency in a November 2, 2010 memorandum that a core registration study for the insecticide clothianidin has been downgraded to unacceptable for purposes of registration, we are writing to request that you take urgent action to stop the use of this toxic chemical. Clothianidin is a widely used pesticide linked to a severe and dangerous decline in pollinator populations. As we are sure you appreciate, the failure of the agency to provide adequate protection for pollinators under its pesticide registration program creates an emergency with imminent hazards: Food production, public health and the environment are all seriously threatened, and the collapse of the commercial honeybee-keeping industry would result in economic harm of the highest magnitude for U.S. agriculture.

The debate on clothianidin and the neonicotinoid pesticides is not new to the agency, but the recognition of the past failure of the Office of Pesticide Programs (OPP) 2007 scientific review, now acknowledged, requires immediate action to stop use while new studies are conducted. We refer you to the memorandum entitled “Clothianidin Registration of Prosper T400 Seed Treatment on Mustard Seed and Poncho/Votivo Seed Treatment on Cotton, November 2, 2010 (see pp. 2, 4). The science that the agency has, and the independent literature find that clothianidin-contaminated pollen and nectar presents an imminent hazard. Because the hazards to honeybee health are present within registered use parameters, it is clear that label changes alone will not offer adequate protection. The issue is not one of application error, in other words. We therefore urge the agency to issue a stop use order immediately. Our nation cannot afford, and the environment cannot tolerate another growing season of clothianindin use.

In addition, because this problem reflects an overuse of the conditional registration program in OPP, we urge you to set an immediate moratorium on the use of such registrations until the program is fully evaluated for compliance with its underlying statutory responsibilities. The conditional registration of clothianidin in 2003 with outstanding data critical to its safety assessment represents a failure that could and should have been avoided. Clearly, the impacts on pollinators were not adequately evaluated prior to the issuance of the conditional registration, despite knowledge of “chronic toxic risk to honey bee larvae and the eventual instability of the hive. This is the case with pollinator protection and a host of other issues that have direct bearing on environmental protection and public health.

In redoing the clothianidin study and evaluating the causes of Colony Collapse Disorder and the larger issue of the pollinator decline crisis, we urge you to establish protocol that fully assesses the complexities that come together to threaten the honeybees. To be fully protective of bees, reviews must consider multiple chemical and cumulative exposures, persistence, and synergistic effects. We can no longer rely on studies of individual chemicals in isolation.
Thank you for your attention to the pollinator crisis and efforts to stem the tide of contamination and poisoning. We look forward to your reply.