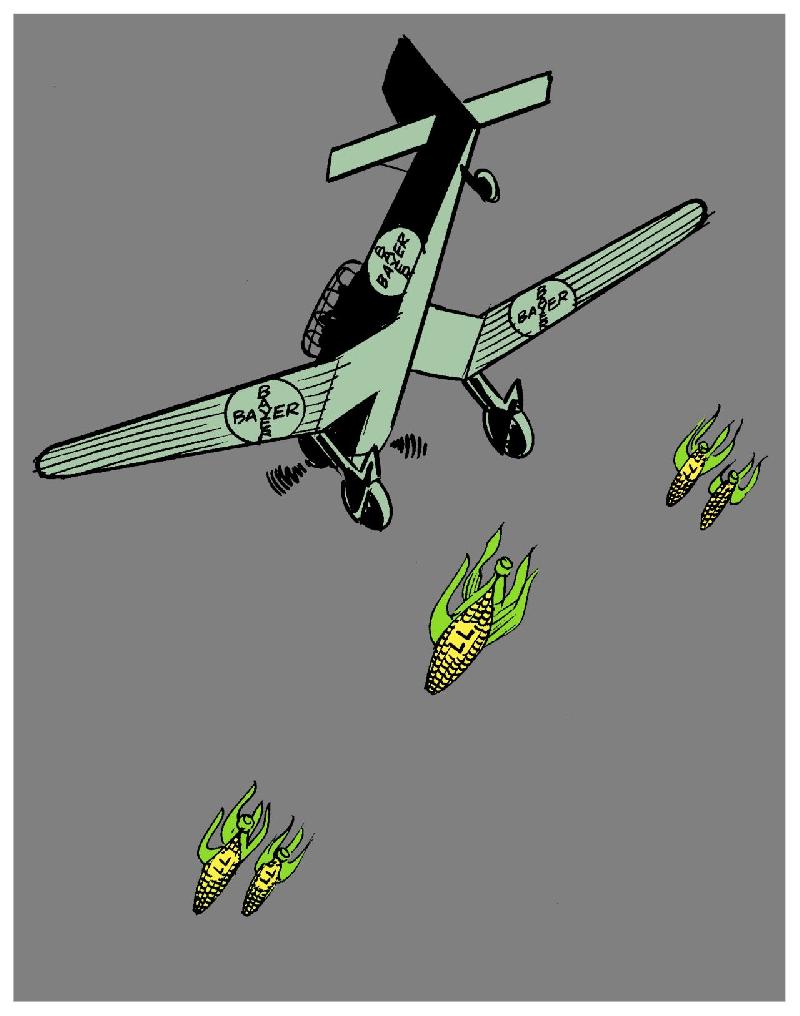 Rio de Janeiro - A new chapter has been added to the dispute over GM crops in Brazil. A court ruling now prohibits Bayer from marketing Liberty Link maize – resistant to the herbicide glufosinate – anywhere in the country due to the absence of any plan for post-release monitoring. The federal judge Pepita Durski Tramontini from the Curitiba Environment Court also specifically revoked authorization for the crops release in the North and Northeast of Brazil due to the absence of any studies relating to the potential impacts of this technology on the regional biomes.

The ruling sets a R$ 50,000 per day fine for Bayer should the company fail to suspend the marketing, sowing, transportation, import and even disposal of Liberty Link maize with immediate effect.

Additionally the ruling annulled the approval given by the Council of Ministers (the National Biosafety Council) to commercial release of the maize since their decision had been based on irregular procedures undertaken by CTNBio.

CTNBio – the National Biosafety Technical Commission, responsible for approving release of GMOs in Brazil – has now been ordered to ensure comprehensive access to the GMO release procedures. It must also introduce a norm setting a time limit for any decision on requests for confidential business information, allowing all non-secret information to be made public. Since 2007 civil society organizations have criticized the blocked access to the release procedures, which violates the right to information and is incompatible with the free access guaranteed to public-interest documents.

The Courts ruling relates to a Civil Lawsuit filed in 2007 by the organizations Terra de Direitos, AS-PTA, IDEC and ANPA, requiring CTNBio to guarantee adequate health and environmental risk analyses, access to information and prevention of genetic contamination – all basic citizen rights. The lawsuit challenges the release of GM maize due to CTNBios failure to establish prior biosafety regulations relating to the coexistence of GM and non-GM crops and to monitoring, as well as the absence of environmental impact studies for the North and Northeast regions, and the lack of access to public-interest processes.

Contamination
Despite the Commissions publication of Normative Resolution, recent studies in Paraná have shown the ineffectiveness of the coexistence regulations for maize, a fact which endangers society as a whole due to the lack of proper precautionary measures in planting transgenic crops. Last year, the organizations filed a new Civil Lawsuit, this time questioning the adequacy of the regulations, although a court ruling is still pending.