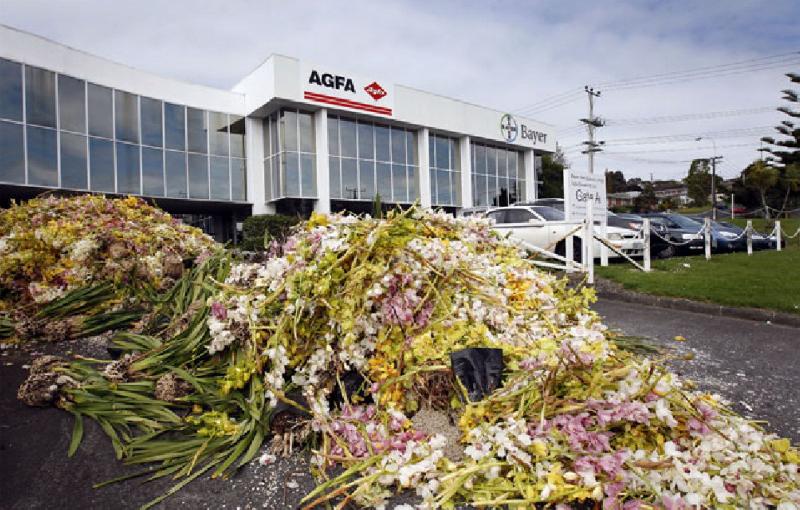 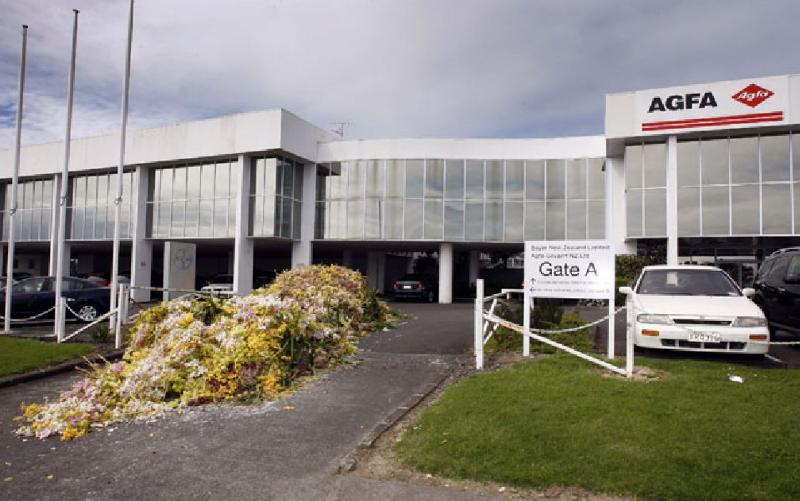 An orchid grower driven to desperation after losing his entire crop and income to a new spray dumped thousands of his flowers in a public protest at the devastation the insecticide has caused.

Tauranga grower Paul Hulshof poured a truckload of affected cymbidium orchids on the doorstep of Bayer Crop Science's Glenfield headquarters yesterday.
Mr Hulshof said the insecticide Oberon, distributed in New Zealand by Horticentre, had totally destroyed his crop and severely affected at least 30 other orchid growers.
Twenty-one months since he applied the insecticide he was still seeing deformities in his plants.
He said he was appealing to the company to compensate him so he could return to his livelihood.
"I have become desperate. All I want to do is hide in a greenhouse and produce some beautiful flowers."
Oberon, manufactured by German crop science and pharmaceutical conglomerate Bayer AG, was withdrawn from the market by its New Zealand subsidiary in May last year.
It went on sale again the next month, but as a treatment for tomatoes and capsicums, not for ornamental flowers.
Mr Hulshof was also concerned that the insecticide interfered with the reproductive system of insects, and was being used in crops grown for human consumption.
New Zealand Export Growers Association chairman John van der Linden said orchid exports were worth $20 million a year. Forty per cent of New Zealand orchids had been sprayed with Oberon, and 20 per cent had been lost.
"It has not destroyed the industry, but I don't think it will recover because the key members are leaving, and growers are pretty dispirited."
He said Bayer had been quick to compensate growers for lost cashflow.
Bayer Crop Science country manager John Neal said the company had not admitted liability, but had settled 14 of 45 cases with growers, and would have half the claims settled by next month.
Mr Hulshof said it took him 14 years to develop mature and unique flowers, which enabled him to make a profit.
"It takes so long to build up the plants, we don't have the years to do this again. I am 55. To grow my plants again to their 2007 standard I will be in my 70s."
Mr Neal said long-term losses were factored into growers' claims by Bayer's loss adjusters.
Growers did not blame crop destruction on the insecticide itself, but on poor labelling and instructions.
It is understood they were not told the spray should only be used in cool months and should be sprayed only lightly. Those who used the product in summer months suffered the worst damage.
Densely sprayed crops were destroyed, and others produced deformed flower heads and other abnormalities.
Mr Hulshof said local growers' reputations were undermined in their major export regions - United States, Japan, and the Middle East - when they were forced to export substandard flowers to mitigate their losses. By Isaac Davison