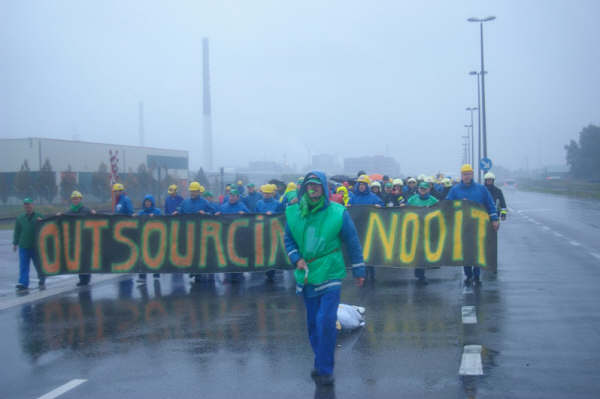 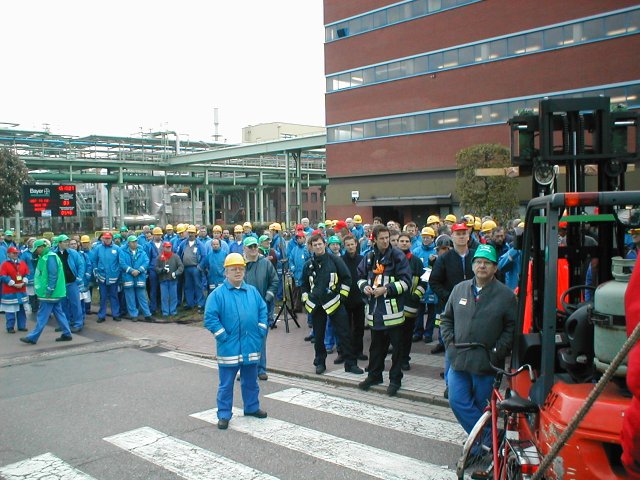 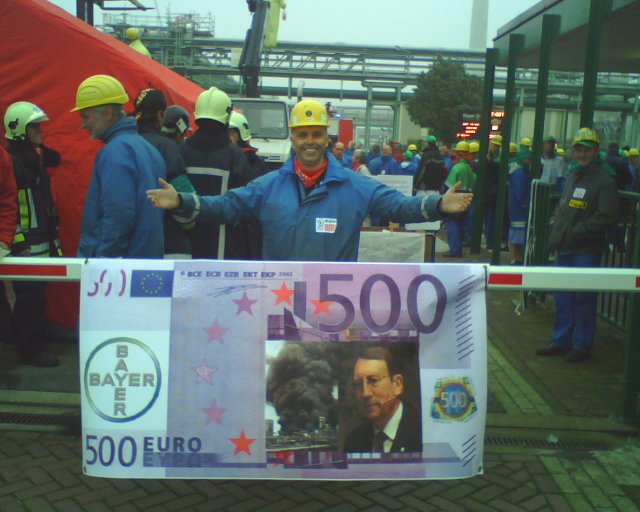 ANTWERP, Belgium -- Workers at Bayer AG and Lanxess AG have blocked the gates of the Antwerp, Belgium, production site jointly operated by the two German chemical makers in an unannounced protest against their restructuring plans, a Lanxess spokesman said.

Lanxess spokesman Ralph Esper described the blockage as 'spontaneous and unorganised', adding that Lanxess expects the workers to reopen the gates in the course of the afternoon.

Production within the site has not been disturbed and deliveries to customers will not be affected, he added.

Lanxess, which was spun off from Bayer in 2005, in September said it planned to transfer 127 technical services and maintenance jobs in Antwerp to outside contractors.

Lanxess and Bayer have been holding talks for five weeks with employee representatives over the restructuring, Esper said, adding the parties remain in 'close dialogue'.

The company has a workforce of about 1,100 in Antwerp, its largest production site outside Germany.

A Bayer spokesperson was not immediately available for comment.

Bayer earlier this month said it plans to cut 1,500 jobs worldwide at its MaterialScience unit, which makes plastics and industrial chemicals, to reduce costs.

Bayer Corp. yesterday said it would eliminate 200 jobs over the next 18 months in its Bayer MaterialScience division throughout North America to reduce costs.
The company will review the business for the next year and a half to determine which employees will be affected. Bayer MaterialScience has about 3,000 employees throughout the United States, Mexico and Canada, including about 800 employees at Bayer's North American headquarters in Robinson. The MaterialScience business unit includes polyurethanes, coatings, adhesives and sealants.
Bayer said it already has offered some employees voluntary separation agreements and may offer some employees positions elsewhere within Bayer or with outside companies that provide services to Bayer MaterialScience.
The German-based chemicals and health-care company said the restructuring is the result of increased costs for manufacturing, including energy and raw material prices, and "shifts in skills the business will need from its employees in the future."
"Our intention is to make fundamental changes to our business that will enable us to compete more effectively over the longer term," said Greg Babe, president and chief executive officer of Bayer MaterialScience.
Bayer's worldwide sales last year were $38.2 million, up from $32.7 billion in 2005. North American sales last year were $10.2 billion.

MORE than 100 staff at one of Widnes' biggest chemical manufacturers have been told they will lose their jobs within a year.
Bayer CropScience announced on Friday its Widnes site was to close following dwindling demand for one of two chemicals manufactured by the Gorsey Lane operation.
When German company Bayer took over the plant from Aventis two years ago, the European Union's Monopolies and Mergers Commission ordered it to diversify.
Steve Tynegate, site manager, said the diversification meant giving over a large proportion of the plant to the manufacturer of a fungicide.
But production of the chemical is winding down in line with worldwide demand. The lay-offs will begin between next spring and summer
The rest of the production, of a chemical for use in sugar beet farming, is to be moved to India.
Mr Tynegate said his priority is to help redundant staff find alternative work.
He said: 'There were rumours but the news has still come as a shock. The staff here have won awards and work very hard.
'There are 105 staff at Widnes and every post will be made redundant.
'A major proportion of the plant was used to manufacture a fungicide for other companies and recently demand for this product has fallen.
'We have not been able to secure additional activity for the site.'
A borough council spokesman said: 'We have offered the company help from People Into Jobs and it's up to them if they want to take advantage of that.' By Adrian Short