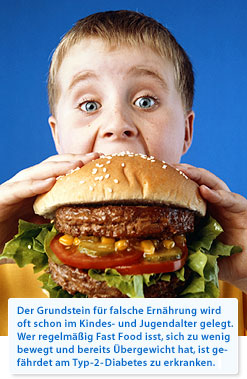 “Speed eating competitions contradict everything we know about health and nutrition

11 lbs. of cheesecake in 9 minutes, 167 chicken wings in 32 minutes, 57 cow brains in a quarter of an hour - these are some of the records the International Federation of Competitive Eating (IfOCE) holds dear. Amongst the sponsors of the federation is the German pharmaceutical giant Bayer Corporation. The last US Open championship, with a purse of $40,000 was even named in honour of Alka-Seltzer, one of their many products.

The German watchdog “Coalition against Bayer Dangers questions the inanities of the marketing departments of Bayer: “It is obvious to all that excessive eating is a danger to health. The whole idea of such a competition is an obscenity. Paradoxically, Bayer offers diabetic remedies, to cure the diabetes that is often caused by the very events they are sponsoring, says Hubert Ostendorf, speaker of the group. Ostendorf demands of the company to cease the sponsorship of such events.

The Coalition against Bayer Dangers also points out that Alka-Selter contains ASA (acetylsalicylic acid) which can cause intestinal bleeding, even death, when used improperly, none of which is mentioned in their advertising. The International Federation of Competitive Eating (one of the fastest growing “sports in the USA, according to their site) calls Alka-Seltzer “the official antacid of the IFOCE and “a constant companion for competitive eaters as they travel the world circuit.

Doctors and nutritionists warn of the side effects of this wholesale gluttony: heartburn, indigestion, nausea, diarrhoea, infections and stomach ruptures to name but a few. Heading the list is obesity. “These competitions go against everything that we've learned about healthy eating, says Bonnie Taub-Dix, a dietitian based in Woodmere, N.Y., and a spokesman for the American Dietetic Association, deriding the very idea of these competitions. “Two-thirds of Americans are overweight or obese. Competitive eating is an extreme example of a national trend to eat too much too quickly.

When confronted with the Coalition´s criticism a Bayer spokesman this week announced to stop the cooperation with the IFOCE.